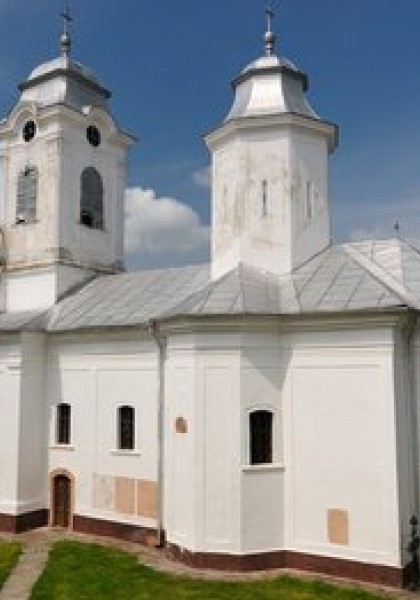 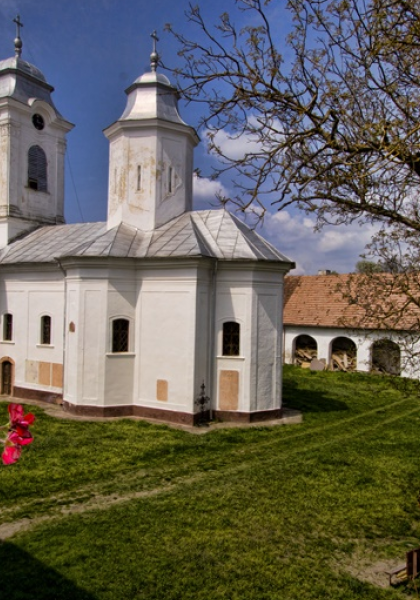 The name comes from the creek Bezdin monastery, located near the place of worship; it forms a series of reed marshes from its western and creating a lovely scenery; the Holy Monastery was once hidden in the dense forest and towering around her; today the forest withdrew to the Mureș river, thus occupying only the space between the defense dike behind the monastery and the Mureș River.
According to documents of the time (tab Psalter Leontie Bogojevic monk, now in Vârşeţ) the assembly of the monastery building began in 1539 by Jovan Iaksici zeal of Nădlac during Archimandrite Serb Milutinovic Ioasaf and with the contribution of believers.
During the Ottoman occupation of Banat, the place of worship was burned by the Turks, but it was not abandoned by the monks, who built a wooden church that served until the construction of the new one; the brick church was built after 1690 in the Byzantine style in the form of clubs with three aisles; whole monastery was for a long time an important milestone in the history of the Serb community in the province of the Austro-Hungarian Empire, around it keeping the faith alive brotherhood and cohesion of this ethnic group; It includes: the church dedicated to the "Assumption" and the room that housed cells , built between 1750-1800.
1740 marked a new period of development of the monastery, during abbot Veselinovic Theodosius who camed from Monastery Vinci from Serbia, together with the congregation, where they fled persecuted by the turks; among the many religious objects of great value, they brought the miraculous icon of Virgin Mary from Mount Athos.
In 1753 the famous painter from Arad Stephen Tenetchi paints the church iconostasis; and in 1755 the timber runs and donates a holy marble table; the monastery mansion has already large dimensions by 1771, over 52 rooms (ground and first floor), the chapel, hall, refectory; in those times 16 monks served at the monastery.
Jacov Orfelin the academic painter paints in 1802, a completely new iconostasis, and in 1833 major repair work is performed; between 1912-1922 here worked the famous Serbian painter Stephen Alexis, who executed large pictorial compositions that are found today at the Serbian Orthodox Vicariate in Timișoara; here is a part of the iconostasis painting (removable pieces) and most of the valuable and rich monastery library.