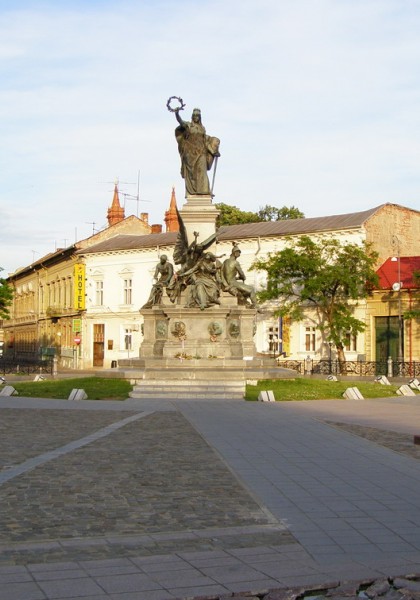 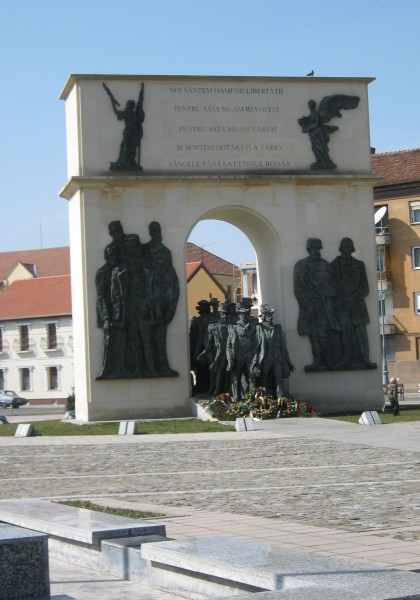 After the Revolution of 1848 -1849 ended, 13 Hungarian generals were sentenced to death for murder by the Austrian authorities, being executed in 6 October 1849. 41 years later on October 6, 1890, it was unveiled the Statue of Liberty (initially located in Avram Iancu Square). The monument was made by György Zala and Adolf Huszár in the memory of the 13 generals. After 29 years, in 1919 the statue was moved into the yard of the "St. Anton" Cathedral of Roman Catholic worship, from where after another 85 years, in 2004 the statue was relocated again in the public space of Arad. In the same place, called Reconciliation Square, was also located in the immediate surroundings of the Statue of Liberty the Triomphal Arch of 9 m which is accompanied by depictions of important personalities of Romanian history. This latter work was made by the sculptor Ioan Bolborea .