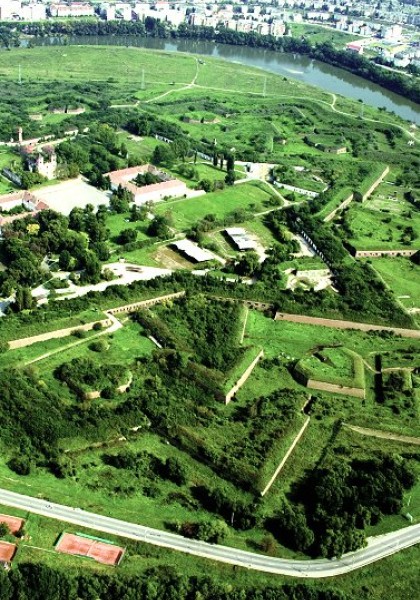 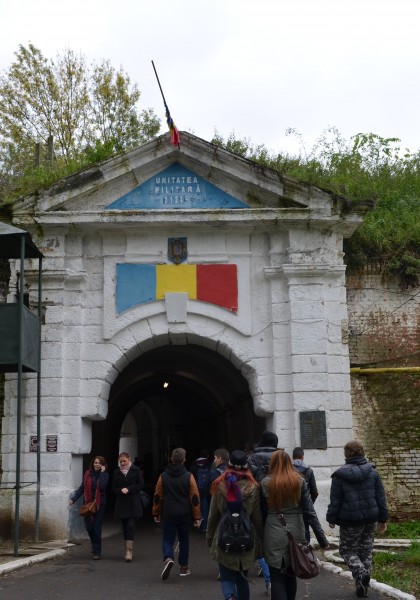 The Fortress of Arad

The construction started in 1762 and lasted for over 20 years, following the plans designed by the Austrian military architect Filipp Ferdinand Harsch, and also under his supervision. The fortress is designed as a star with six corners, each corner having a bastion, which is a typical Vaubann construction. Arad Fortress marks the ending of the evolution of star-shaped fortresses in Transylvania. Inside the reinforced walls three main buildings were built: the headquarters, the barracks and the monastery-hospital which also included the church built in the baroque style.
Over 1.500 families from the region participated in the construction of the fortress and 169 houses had to be demolished to make space. The Austrian government spent over 3 million florins, quite an impressive sum for that period. A military garrison had always guarded the fortress, but it had no opportunity to play its defensive role against foreign enemies. The garrison fought against a domestic enemy, represented by the Hungarian revolutionary army during the 1848-1849 revolution, when the fortress was under siege for nine months, between October 1848 and June 1849.
Its main purpose after those years was that of a military prison where numerous prisoners were incarcerated, including the thirteen generals executed by the Austrian military authorities in the vicinity of the fortress on the 6th of October 1849. Currently, the fortress is a military objective and it is not open for the general public.

The Fortress of Arad