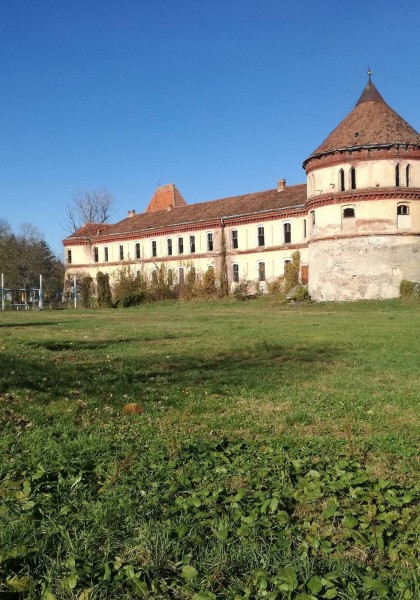 Throughout its history, Ineu Fortress played the role of a reinforced garrison under the rule of Iancu of Hunedoara, after that it belonged to Michael the Brave, then it was conquered by the Turks, then it became a garrison for the Austrian border guard. The fortress was mentioned for the first time in documents dating from 1295.
The fortress has two elements: the first part, the interior, is actually a two-tiered castle in the shape of a square. The second element, the exterior fortress, was built a couple of hundred meters away, also in the shape of a square, with bastions at each corner. Today we can see only the ruins of these outer walls. The walls were surrounded on three sides by moats filled with water and on the fourth side by the river White Criș.