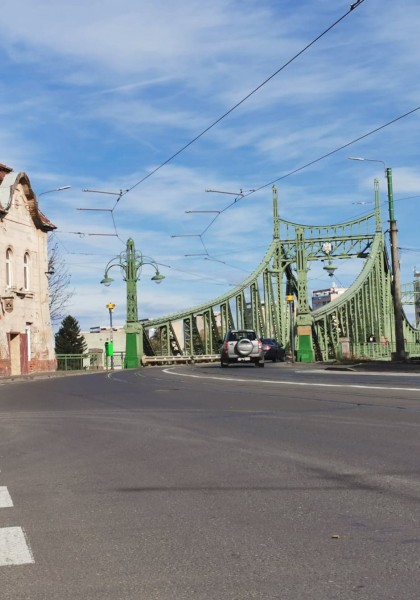 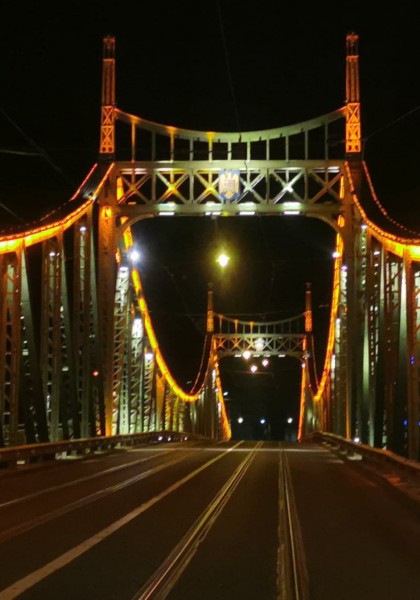 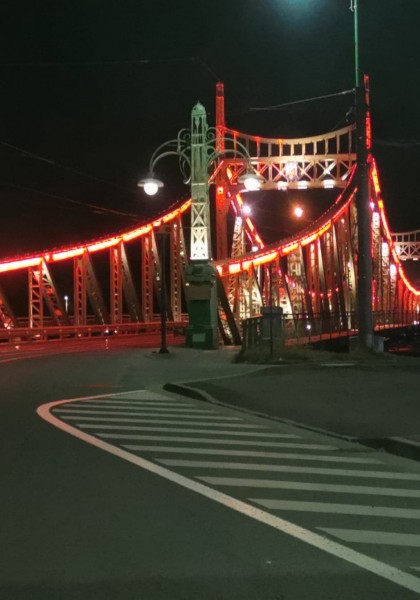 The bridge was built after the plan of the engineer Robert Toth from Resita (1857-1913), the iron structure being made in the factories from Resita and the ornamentation displaying many elements of secession style. At the end of the Second World War, the bridge was dynamited, but the structure was not severely affected, after this the bridge being recovered in a few months after the war ended. Now, as a historical monument, the bridge is restored and fortified.