Distance from Arad - the wooden church from Julița: 80km

The church was built in the year 1787 and is situated on a hill northern to Vărădia de Mureș.
he plan of the church is a rectangle finished in the eastern side with a hooked apse, raised on five sides of a polygon. The length is 15.5 m, and the width is 6.5 m, the height of the tower is 15 m. The windows are relatively large, being distributed as two in the nave and three in the apse.
The interior is distinguished by the generous space of the nave, covered with the usual cylindrical vault, and the altar has a slightly inclined cylindrical vault, made of cut planks and arranged horizontally. The iconostasis comes up to the vault and the nave is separated from the narthex by a wall, with three wide openings, two side openings - for women to look at the altar and watch the service - and a high opening for communication between the two compartments.

Distance from the wooden church of Julița to Săvârșin (the memorial house & the art collection of Eugenia, Eugen Popa and the dendrological park and the Royal Village): 12.5 km

By the act of donation made in the spring of 2008 by the artist Eugenia Hagiu Popa (the artist's daughter), the renovated parental house that belonged to the painter Eugen Popa (1919-1996) and a significant art collection, supplemented by ethnographic objects, entered in the property of the public domain, with the status of a memorial house and an art collection. The place keeps the main elements of the rooms intended for living, where there are: the parlor with furniture pieces in Florentine style, the artist's studio, a small room furnished with ethnographic objects, and a room that holds objects that refer to the history of the area and by default the history of the Popa family.
More information can be obtained from the town hall of Săvârşin.

The dendrological park and the Royal Village (Săvârșin)

The Royal Castle from Săvârșin is probably one of the best known touristical sights thanks to the Romanian Royal Family. They chose to buy this area and to invest in its rehabilitation. Thus the actual royal residence has been built in neoclassical style and the family members come to spend the holidays or their leisure time. The buildings hosts also various cultural, ecological or social events. The building dates back to the end of the 17th century, belonging to the Hungarian nobles of the Forray family. It surpasses many challanges throughout the year, thus needing some repairings. Even though it was bought by the King Mihai, during the communist period it was used as a residence, also changing the buildings architecture. The years following the year 2000 hope appeared again when the Royal Family is once more the owner of it and the building is restored. For those who visit there are also some accomodation. In addition, the dendrological park, the lake, the gazebo and the beauty of this area contribute to creation of a relaxing and peaceful environment.

Strengthening village life in the town of Troaş was made somewhere in the middle of eighteenth century; The Building of the Church naturally led to the beginning of religious life in the village; the place of worship was built by a local craftsman, who was a wood carver (by the inscriptions found on church, he was called Matei), he was also the priest.
By 1813 the church was painted inside by the painter Nicolae and before the first World War, the church was stuck outside with clay and then whitewashed, after 1941, it was abandoned following the construction of the new place of worship. The wooden church was left at the mercy of weather. In 1966 conservation and consolidation measures were taken, thus the clay layer that coats the walls of the church has been removed, the exterior painting could not be saved. The construction of the church in Troaş is typical for the wooden churches of that time and those from the Mureş Valley (stone foundation, horizontal beams of oak walls, closed in the end in the fastening of a "dovetail" system, the brackets supporting the roof have a decorative role); entrance to the church is through a two sided door located in the southern wall; the main one is located towards the naos and the secondary one in the narthex; the church tower (11.55 m high) harmonizes with the church body.
The church in Troaş deserves a particular attention, due to the quality of its paintings; executed in tempera, on a layer of plaster and canvas boards glued at the joints, the interior of the church is covered entirely with complex iconographic paintings that include: the Trinity and the sacrifice of Abraham – at the altar, the holy martyrs and some biblical scenes – at the nave, respectively Holy Martyr – at the narthex.

Dating from the beginning of the 19th century, the church was built from ”the bottom to the top” from sessile oak, as mentioned by a chronicler of the time. The shrine keeps a certain archaic form, has two entrances, a 12 m high tower, while the seven windows (three by the altar, two by the nave and two by the narthex) facilitate the access of light towards the inside. The mural pictures covers almost all surfaces: the walls, the vaulted ceiling and the iconostasis and is the artwork of some popular painters, the best known being Nicolae from Lupșa Mare.
Monument of popular architecture, representative for the Mureș Valley, the wooden church from Corbești is listed as an UNESCO monument because of the features that makes it stand out: balanced proportions, simplicity and harmony, but also for its Christian-Orthodox importance for an old community.
The village of Corbești, situated on the Petriș Valley, was populated in the 18th century with Romanians who ran from Banat being chased by the turks. It is certain that there has been a community strong enough to demand the right to have its own church, being attended by Petriș’ population.

This church was built in the year 1810 under the patronage of „Sfântul Dimitrie”. The ones who built this church were the people living in Roșia Nouă and Obârșia – a neighboring village belonging to the same commune of Petriș.
The church was built with thick oak beams specific for the wooden churches from the region Ardeal. The plan is rectangular having these proportions: 16,5 x 8,5 meters. The aps of the church is polygonal. The bell-tower was built over the pronaos and out of fir wood planks, being covered with shingle. The bell-tower was separated from the church, the bell being bought in 1934. Between 2010-2011 some maintenance works have taken place and in 2014 a new bell-tower was constructed.

The watermill from Obârșia is one of the few still functional mills in our region. Being situated in a wonderful landscape, this destination attracts many tourists who adore nature and the old ways. The mills dates back to the 19th century and was built out of wood, more exactly out of planks. Inside of it there are two rooms, where the mechanical grinder can be observed, while the miller is living in the other one. Outside there is a big wooden wheel which works only thanks to the water.

1. The wooden church from Groșii Noi (Bârzava commune) – Administrated by the „Țăranului Român” National Museum (optional stop – the church can be visited only on the outside) – distance: 74km, estimated time 75 minutes.

Was built in the year 1807. It was constructed in a rectangular plan with an undangling apsis in the shape of an trapeze. The walls are made of sessile oak beams, carved with a hatchet, placed in a horizantal way. The building has a massive aspect with baroque towers and decorative elements. The specific iconography of the wooden churches of the Apuseni Mountains is poor, the paintings that cover the naos ceiling and the altar have reduced number of scenes, a artwork of the painter Nicolae from Lupșa Mare. The village of Groșii Noi, one of the oldest settlements, founded around the year 1400, stretches out across along a narrow and forested valley, the Groșilor Valley.
2. The painted houses from Obârșia (Petriș commune)

Starting from the Roșia village and continuing to Obârșia, the painted houses are a genuine „outdoor museum”. 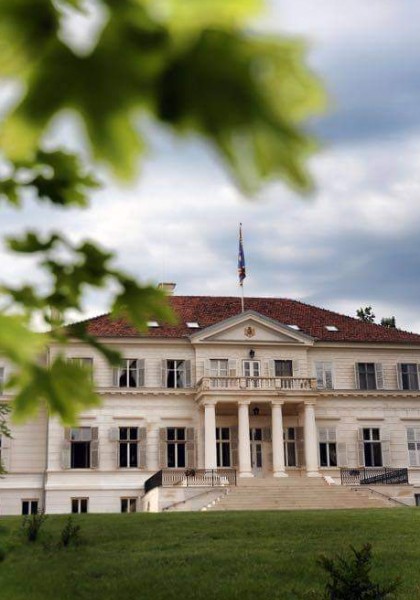 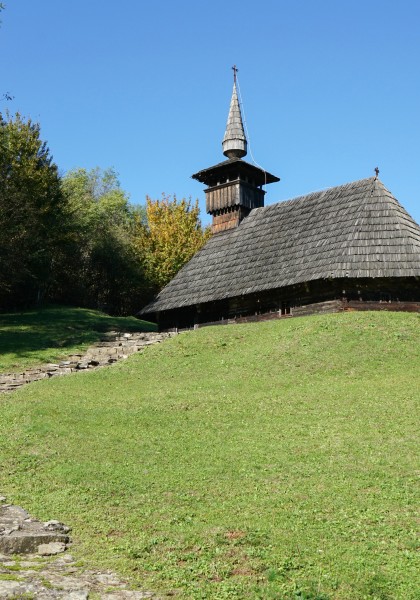 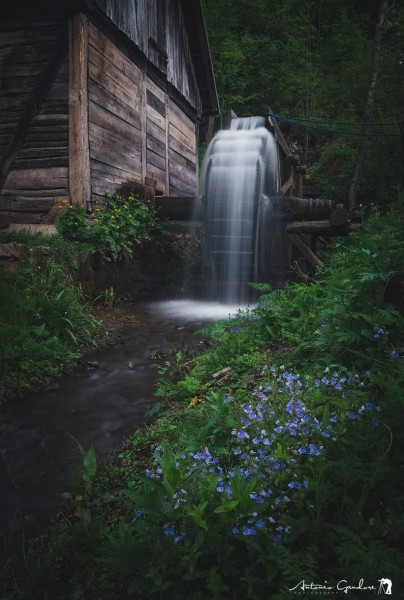 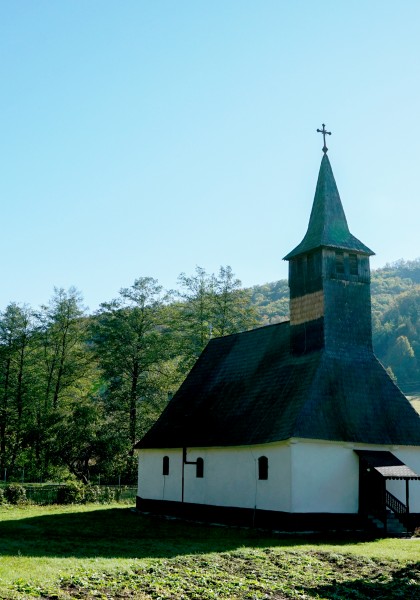