The town Chișineu-Criș is situated on the north-western side of the county, at a distance of 43km from Arad. The administrative territory stretches over 119 square km on the Crișul Alb Plateau, on both sides of River Crișul Alb. The town was formed as a result of two settlements: Pădureni and Chișineul Mic. From an administrative point of view the village called Nădab belongs to Chișineu-Criș town. The population of the city is of 7577 inhabitants. The first documentary attestation of the city was in the year of 1202 under the name of villa Jeneu-sol, while Nădab was mentioned for the first time as Nodob in the year 1334. 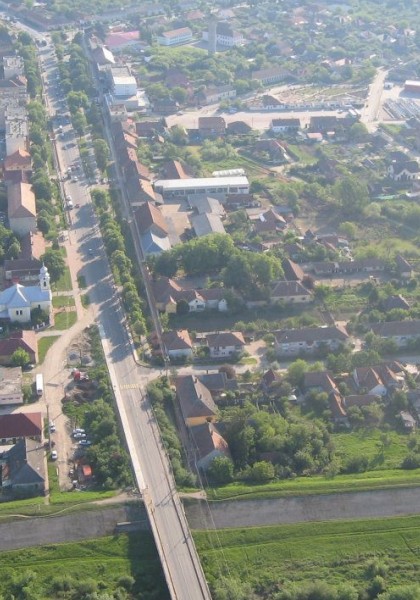